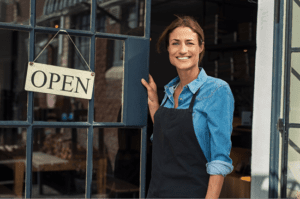 In this post, we explain what “clopens” are and why clopening laws came about. We also explain why these concepts matter to businesses in retail and restaurants, especially if you operate in an area with strict labor laws.

In everyday usage, the term “clopen” refers to when an employee closes the store at night and then opens it the next morning. Basically, the term is a portmanteau created from the words “close” and “open.” Hence, “clopen.” Depending on a business’ hours, clopens may not seem too bad, but in retail and food service, it often means closing a store fairly late and having to return first thing in the morning to open. Clopens differ from split shifts in that they typically occur across two workdays, rather than within the same work day.

Here are a few common examples of clopens (close-open shifts) in restaurants and retail:

The one thing that clopens tend to have in common, and what makes them controversial in retail and food service, is that employees who work clopening shifts often do so at the expense of their sleep schedules.

Clopening laws are those that restrict employers’ ability to schedule workers for clopens. In general, these laws aim to protect employees’ right to rest by enforcing a 10 (or more) hour break between shifts. For this reason, they’re sometimes referred to as “right to rest” laws. These laws mandate that employers must get employees’ consent to schedule them for clopening shifts. In addition, employees must be paid extra for working clopens without adequate time between shifts.

Over the past few years, legislators have passed more and more laws that restrict employers scheduling practices, including the practice of scheduling clopens. Keep in mind that these laws don’t affect all businesses equally; the laws tend to apply more toward large retail and food service chains. For the specifics on these laws and what businesses they apply to, be sure to check each source. Laws vary by city and state.

Examples of clopening laws include:

Why did clopening laws come about?

Clopening laws are part of a broader trend toward making employees’ work schedules healthier and less stressful. The laws that govern employees’ right to rest and mandate more predictable work schedules are known as fair workweek laws. They’re also called predictive scheduling laws and secure scheduling laws in some areas. These laws generally require that employers post schedules in advance and compensate employees when they make changes to posted schedules. Employers must also get consent from employees before scheduling them for things like clopens, split shifts, or last-minute shifts.

As noted in Forbes, brand-name giants Starbucks and Whole Foods have been heavily criticized in recent years for engaging in scheduling practices that leave their employees exhausted. This was surprising news at the time, since these companies are usually lauded as great places to work. The public criticism marked a growing awareness of the effects that clopens and unpredictable schedules have on workers. Since then, legislators in various cities and states have passed more (and stricter) laws around employee work schedules. Courts also continue to levy heavy fines for non-compliance with the new rules.

Although the laws are designed to protect workers, they can also be good for employers, too. Studies show that clopens lead to sleep deprivation and are more stressful for employees, especially those with families. Employees in customer-facing roles, like baristas and servers, are less likely to provide great service when they’re sleep-impaired. Over time, clopens can lead to poor employee engagement, higher stress levels, and lower morale. On the other hand, by ensuring that employees have plenty of time to rest between shifts, employers can support an important element of their employees’ health and well-being. Healthier employees are more likely to show up for work and to have a good attitude. They’re also more likely to stick around.

In today’s difficult hiring landscape, felt especially in the restaurant industry right now, employers can’t afford to lose what staff they do have. Because it’s much easier to keep workers than to hire and train new ones, employers should do everything they can to retain their current talent and prevent employee turnover.

How to Stay Compliant with Clopening Laws

Compliance training ensures that management are on the same page and understand the local/state laws and requirements. It’s an important first step in ensuring any changes to the scheduling process are adopted across the business. But a good scheduling software like TimeForge can actually enforce the staffing rules for your city or state. TimeForge will warn you if you try to schedule clopens or split shifts. Even better, TimeForge provides options like shift swaps and bid shifts to fill out extra shifts on a schedule without incurring secure scheduling penalties.

For more information on fair workweek and what you need to do to stay compliant, check out our Fair Workweek eBook here.

Retailers know that their two largest, most controllable expenses are shrink and labor. In today’s intense marketplace, where hiring and 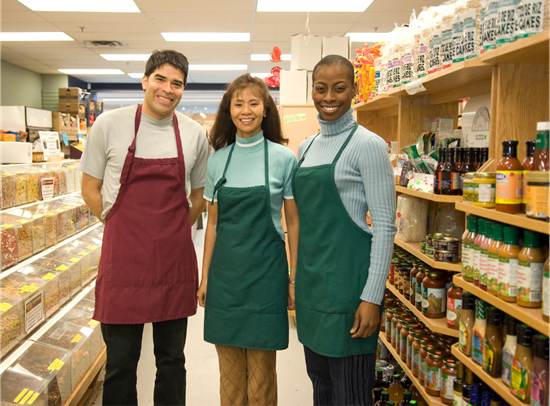 Overcoming the Challenges of the Labor Shortage: The Right Technology Helps Retailers Get Ahead

Even before COVID-19, businesses in grocery and retail struggled to attract and retain reliable, affordable labor. Now, as businesses attempt 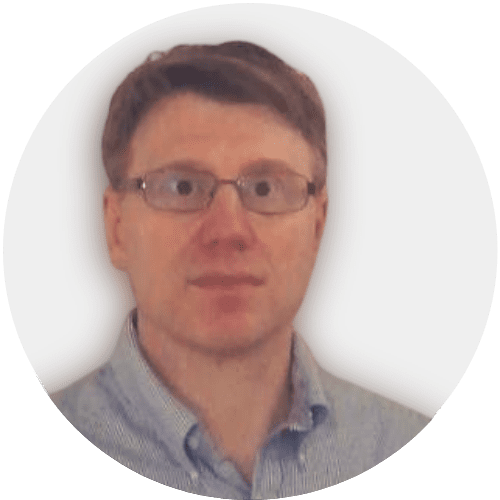 Meet Erik, one of TimeForge’s co-founders. Erik has been with TimeForge since the very beginning, for over 14 years! He